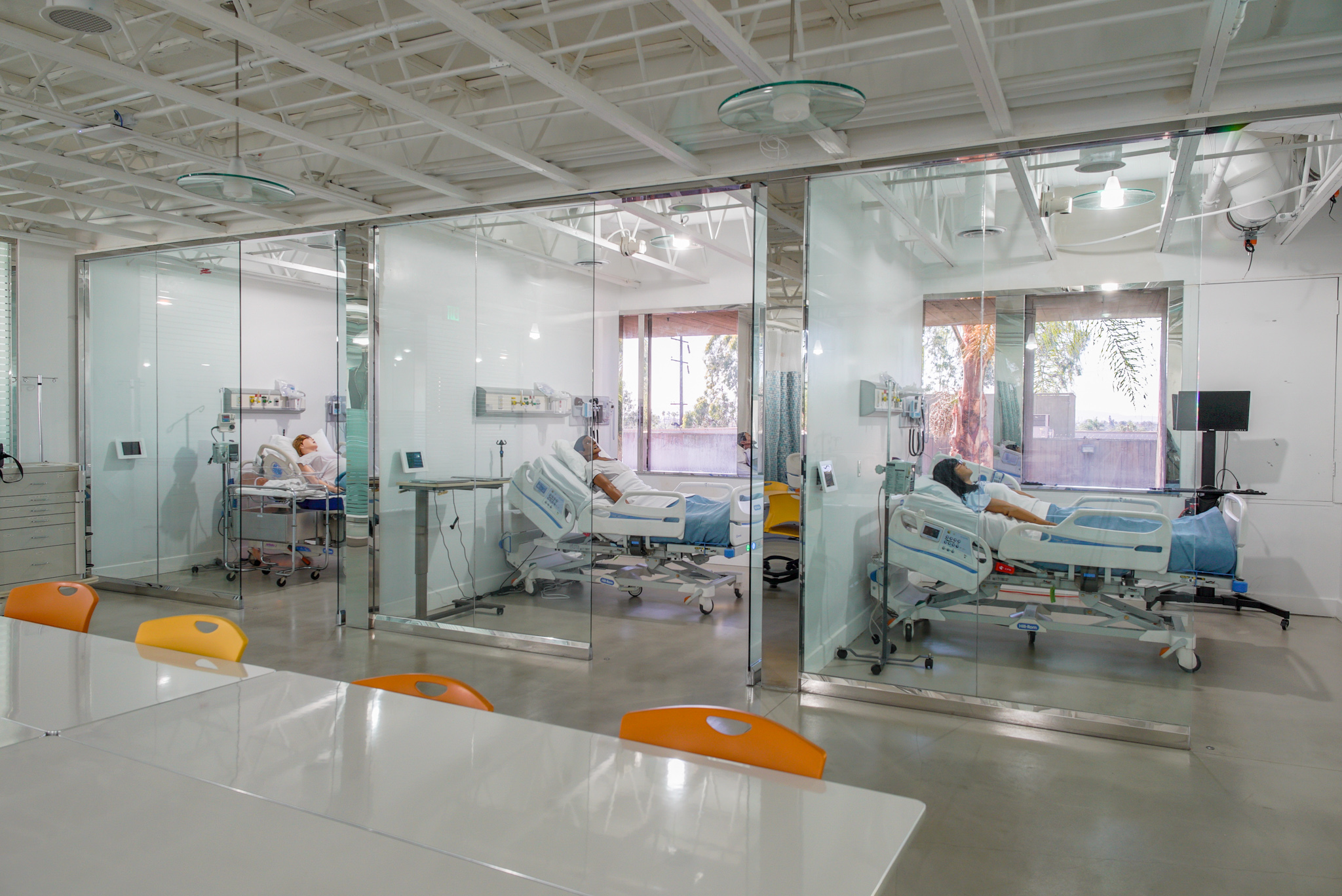 Using Simulation During the COVID Pandemic

The recent COVID-19 Pandemic has caused schools of all kinds to modify how they deliver education. One of the elements that AUHS has embraced is a deeper integration of simulation in the Nursing and Pharmacy programs. This decision was made due to the evidenced-based best practices that have been documented in research. In particular, a 2014 study asked the question “Can simulation deliver the same education that standard clinical experience gives students?” (Hayden, Smiley, Alexander, Kardong-Edgren, & Jeffries, 2014).

Nursing schools are regulated by Boards of Nursing in the states they reside in, and the California Board of Nursing has been using the above-mentioned study as a basis for additional research in the use of simulation in Nursing programs. During the COVID pandemic, the California BRN increased the amount of simulation that can be used in Nursing programs as a way of dealing with reduced clinical availability, but also based on the results of this study. Here at AUHS we seek to implement evidence-based best practices in all we do, and we are pleased to see that our simulation program is growing. Our goal is to positively impact ALL our students.

AUHS has been expanding the simulation program by building a new laboratory that will allow for robust sessions including audio and video recording. There are cameras and microphones spread throughout the lab, including in the patient care areas where high-fidelity manikins are in realistic hospital settings. These manikins include SimMan 3G which is a high-fidelity adult that can breathe, blink, sweat, urinate, bleed, and detect medications administered. SimMom is a labor and delivery manikin that can give birth to a baby and simulate pregnancy complications. SimJunior is a pediatric manikin that simulates a 5-year-old boy and can have seizures. We use this “family” of manikins to represent patients of all age groups, allow our students to apply their knowledge across the lifespan, and provide learning opportunities for ALL programs here at AUHS.

Please keep an eye out for more simulation content on AUHS social media accounts, as we explore learning at AUHS, and how to use evidence-based practices to enhance learning. 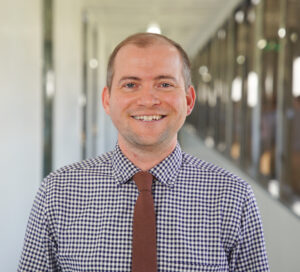 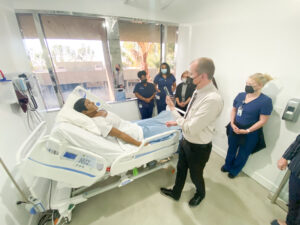 David Omut walks students through the Simulation Laboratory during a recent IPE workshop at AUHS. 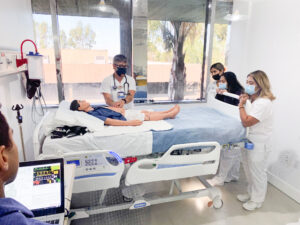