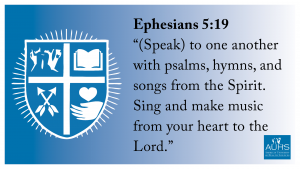 Ephesians 5:19 (Speak) to one another with psalms, hymns, and songs from the Spirit. Sing and make music from your heart to the Lord.

From Catholics to Jehovah’s Witness, music plays an important role in Christian worship and services. Christian music expresses one’s personal and communal belief in Jesus Christ and His teachings. It is a way for believers to express their praise, love, and devotion for God. Many churches begin their sermons with hymns and gospel music such as “Amazing Grace” by John Newton, “Mary Did You Know” by Mark Lowry, “Above All” by Michael W. Smith, and much more. Here is a list of 10 interesting facts about Christian music!