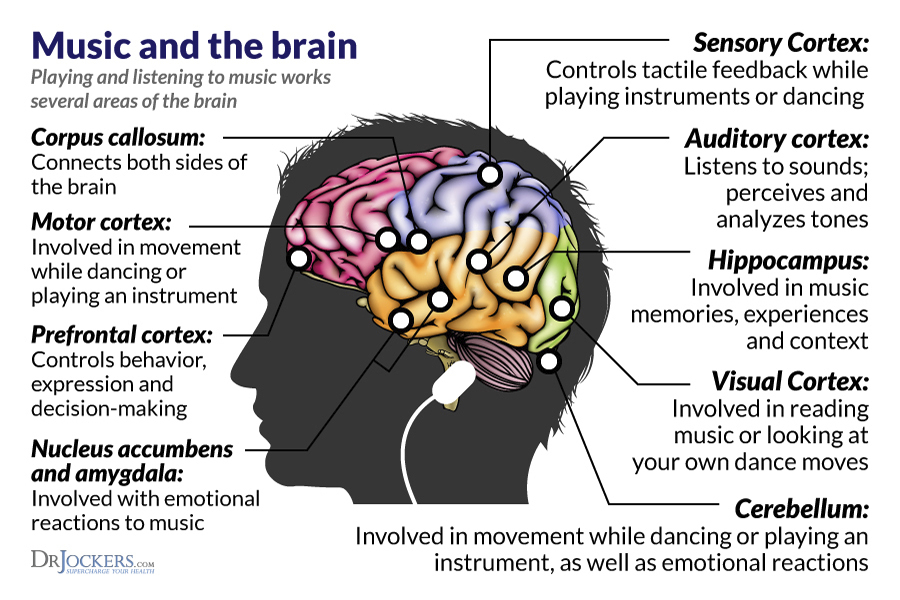 The concept of musical brain is of considerable interest in today’s neuroscience. Research on how the brain processes music is emerging as a rich and stimulating area of investigation such as emotion and cognition. This communication discusses how music would be a valuable tool to probe multifold cognitive functions and its utility as a candidate therapy for treating neurological disorders such as Alzheimer’s disease. Music is the universal art and unique feature of human civilization that exists in every culture around the world. Listening to music is an appealing experience where an individual immerses oneself perceiving internal focus/mediation/spiritual awareness. Recent experimental findings indicate that music has the potential to guide attention towards sensory cues and prevent fatigue-related signals from entering focal awareness. The brain mechanisms underlying such effects are primarily associated with theta waves – the waves that are strong during internal focus, meditation, and spiritual awareness. Among musical components, a repetitive rhythm appears to play a significant role in regulating physiologic and behavioral functions through the synchronization of biological rhythms with musical rhythm based on acoustic resonance. Additionally, regular rhythmic patterns facilitate memory encoding and decoding of non-musical information making music as an efficient mnemonic tool. Music with its unique ability to access motivational systems in the brain, provides time-structure enhancing perception process for language, motor, and cognitive learning. The evidence from basic and clinical neuroscience suggests that listening to music involves many cognitive components with distinct brain substrates. The effect of music on specific brain regions, as measured by neurophysiology and neuroimaging techniques, have unfolded functional neuronal network connectivity and activation of target brain regions between the auditory cortex, the reward brain system, and the learning/memory brain system. Musical stimuli have been shown to activate specific pathways in specific brain regions including the nucleus accumbens, amygdala, hippocampus, hypothalamus, insula, and cingulate/pre-frontal/orbitofrontal cortex, which are all critically involved in emotions and cognition. In addition, neurochemical studies have suggested that music stimulates the secretion of several hormonal mediators such as endorphins, endocannabinoids, dopamine, serotonin, and melatonin which are known to play significant roles in emotional and cognitive integrity. Thus, music has a big role to play not only for the general well-being but for mental health as well.