Dr. Olga Vagin, our new Associate Professor of Molecular and Cell Biology at the School of Medicine, was born in Tashkent, the capital of Uzbekistan, now an independent state situated in the middle of Central Asia, but previously one of the 15 republics of the USSR. She hails from a family of scientists and researchers, mostly physicists and mathematicians, and her husband is also a mathematician. However, she is the first and, so far, the only biologist in her family. Olga has a daughter who has three children: two boys and one girl. They live in Northern California, so she and her husband are frequent travelers up and down I-5. 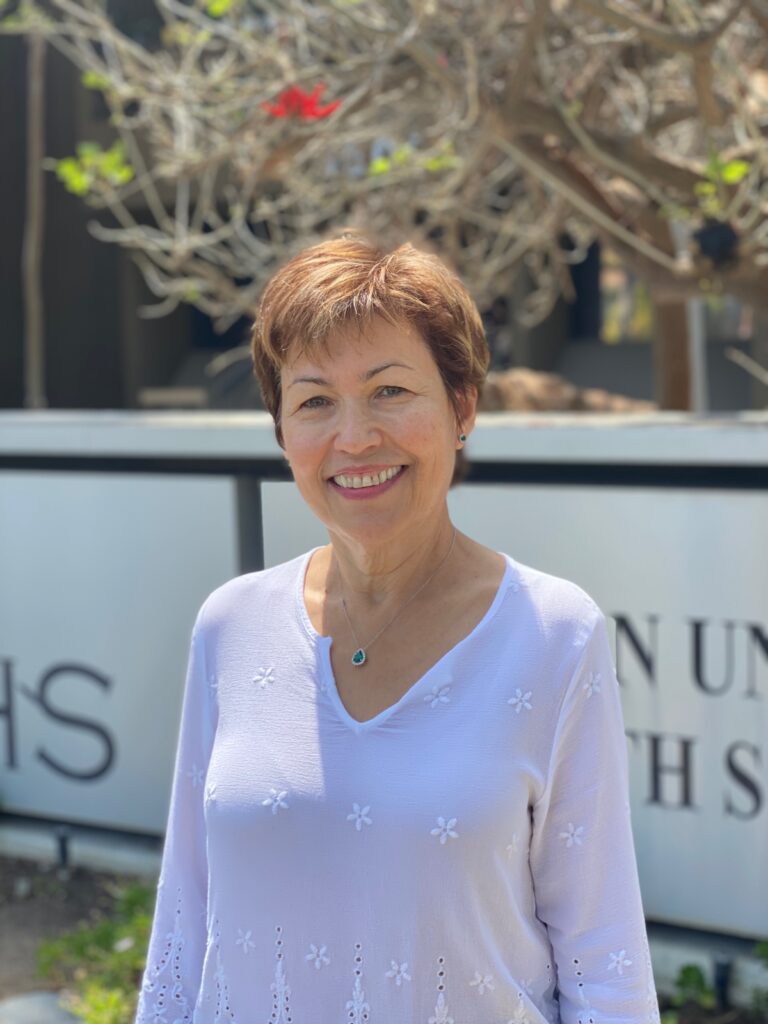 Her values and interests were shaped by her parents, an older brother, teachers, and friends. In Central Asia she grew up in a multi-cultural and multi-ethnic society, which developed in her an attitude of tolerance and openness to all people, regardless of race, religion, ethnicity, nationality, or economic status. These values, no doubt, contributed to her joining AUHS because she loves the idea of a medical school that, not only gives students the knowledge required to become doctors, but also prepares them to make a difference in society and to provide healthcare to local, underserved communities.

She dreams of involving interested AUHS students in her research projects which are focused on the role of membrane transporters and membrane cytoskeletal proteins in epithelial integrity (which depends on intercellular junctions, i.e., connections between neighboring cells). As someone whose epithelium’s integrity has suffered from too much sun, I am quite interested in the application of this research!

Finally, in her spare time, she loves reading, hiking, cooking, and traveling. She loves spending time with her family and friends. By friends she means real friends, not Facebook™ friends, and she values them highly. As an example, she meets with her high school classmates (who are all over the world) on a regular basis. Her last high school class reunion was right before the pandemic, in 2019, in Tbilisi, Georgia. She also stays in touch with her students, long after they have left her class.

For her love of students, research into membrane transporters, and desire to serve the underserved, Trinium shines the spotlight on Dr. Olga Vagin, all the way from Tashkent, Uzbekistan.