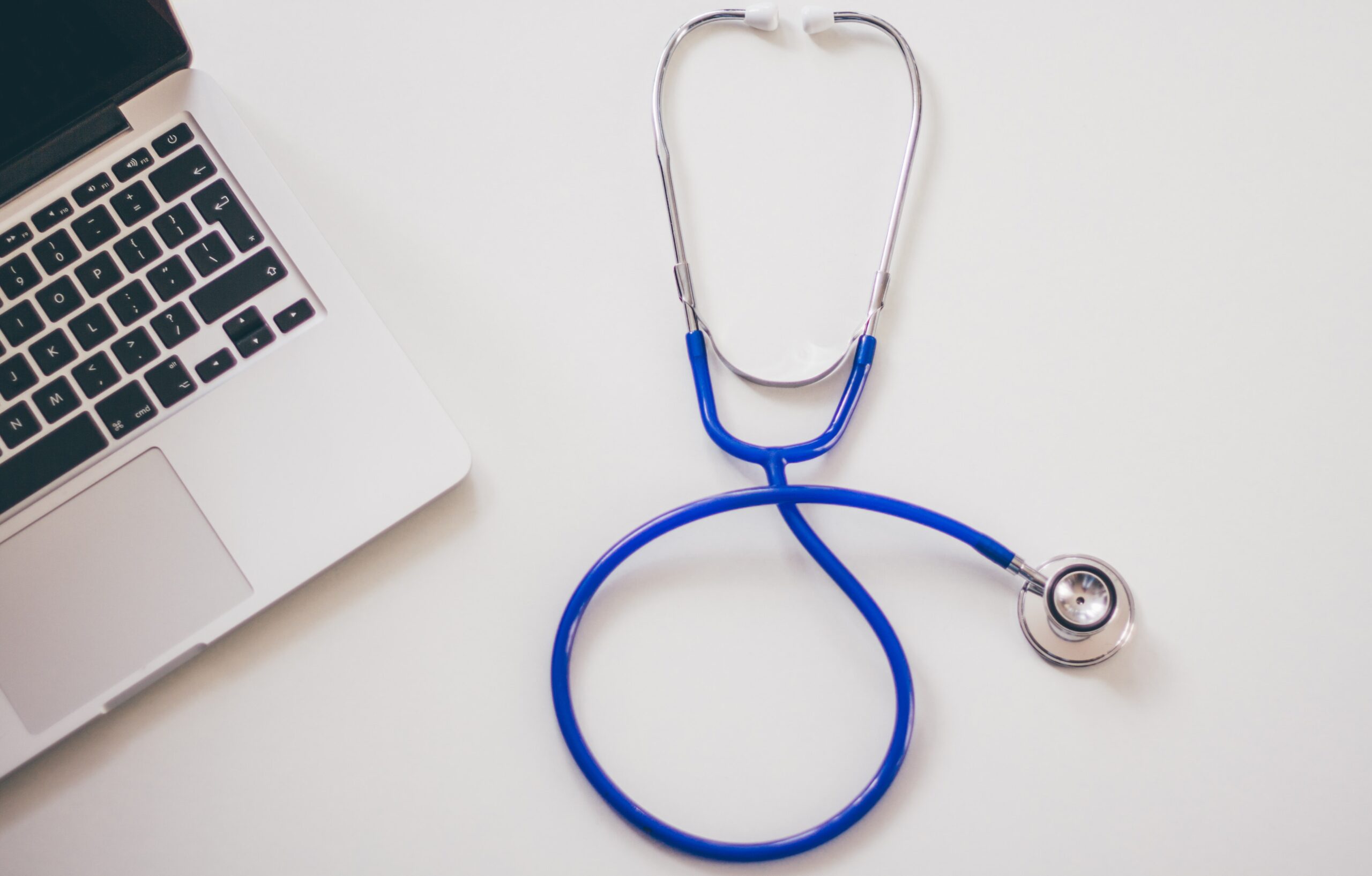 By Media AUHSNovember 18, 2021No Comments

Dissemination of research results between scientists usually happens via publications of original papers and review articles published in strictly controlled, peer-reviewed scientific journals. This is certainly a beneficial and useful way of communication, but it does not cover all the needs for scientific interaction. Namely, researchers often publish contradictory results, or they don’t agree on the interpretation of certain data, e.g., disputes arise and often proliferate if not well controlled or managed. A creative solution for this kind of problem is presented in this brief history.

In 1979 a stunning new discovery was published in one of the best-controlled and most respected scientific journals in the field of gastroenterology, i.e., in Gastroenterology (1). Namely, Andre Robert, MD, PhD (whom I knew personally, since he also got his PhD before me at the Institute of Hans Selye of the University of Montreal) described the prevention of chemically or drug-induced acute gastric erosions (or superficial bleeding ulcers) in rats pretreated with very low doses of prostaglandins (PG) that did not inhibit gastric acid secretion (1). Since this was not a typical ulcer treatment or prevention, he called the new phenomenon “gastric cytoprotection” in the accompanying editorial in Gastroenterology (2). This, almost unbelievable observation, created an uproar in the basic research and clinical gastrointestinal (GI) community. But very soon, not only new original publications appeared confirming the surprising results of Andre Robert (who worked at the Upjohn Pharmaceutical Company), but pretreatments of rats with very low doses (that didn’t inhibit acid secretion), of other anti-ulcer drugs (e.g., cimetidine & probanthine) also inhibited the development of hemorrhagic gastric erosions induced by 100% ethanol (C2H5OH), very concentrated acid (HCl) or base (NaOH), or hot water.

Reading about these surprising results and coming from the institute of the ‘father of stress’ (at that time my research laboratory was in Boston at the Brigham and Women’s Hospital/Harvard Medical School),  I thought if so many drugs with very different structures and mechanisms of action exert this “gastric cytoprotection” – there must be some nonspecific background mechanism exerting its protection in the stomach, e.g., they may mobilize the  antioxidant defense mechanisms of the stomach. Indeed, I was able to prove and publish in one of the best scientific journals in the world (Science) not only that pretreatment of rats with -SH containing chemicals like cysteine, N-acetylcysteine (Mucomyst), methionine prevents the chemically induced gastric lesions, but pretreatment of experimental animals with -SH alkylators (e.g., iodoacetamide, N-ethylmaleimide) abolished the protective effects of PG and other drugs (3). This led to intensive disputes (often in front of conference audiences) with my old friend and colleague Andre Robert who argued about the supremacy of PG (e.g., that they protect by stimulating gastric mucus secretion, etc.).

These discussions coincided with another dispute between two cell injury scientists who argued about the importance of intracellular calcium (Sten Orrenius at the Karolinska Institute in Stockholm, who later became chair of the Nobel Prize Committee) vs. the critical role of phospholipases in cell damage (John Farber at the University of Pennsylvania, Philadelphia, – who later became a co-author of one of the most modern & popular textbooks of pathology). Since I knew all these players personally, I proposed to them to have a few dedicated symposia where we could compare results and discuss their meaning in a friendly, professional atmosphere; I also reminded my friends about the Greek origin of the word “symposium” (meaning ‘eating & drinking party’). At the time another famous clinical investigator, Klaus Henning Usadel (professor of medicine at the University of Frankfurt in Germany) made another surprising discovery about the hepatoprotective, and subsequently the gastroprotective effects of the ‘paninhibitor’ somatostatin. Hence, we also invited him to join our group and the five of us (i.e., Robert, Szabo, Farber, Orrenius, Usadel) became the founders of what we called “International Symposia on Cell/Tissue Injury & Cytoprotection/Organoprotection” (ISCTICO).   The first meeting was organized in 1986 by Prof. Usadel in Heidelberg, Germany; the second one by me in 1989 at Harvard Medical School. After moving to UCI, I organized two more events with the assistance of famous UCI gastroenterologist Prof. Andy Tarnawski (who replaced Andre Robert, after his untimely early death, in the ISCTICO) in Long Beach, CA. Subsequently, symposia were organized in many countries of the world; many of these were attended by several Nobel Laureates as invited speakers. The most recent conference, the 11th ISCTICO was in Pecs, Hungary in October, where I was invited to give two overview presentations: one as a co-founder about the origins of these conferences and one on the important role of early vascular injury in gastric mucosal injury and COVID-19 (4, 5). 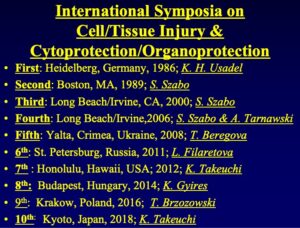 The take-home-message for young investigators is that, if you are challenged or your results do not agree with others, do not argue, invite other colleagues to try to find a neutral ground, e.g., at special sessions at international conferences & congresses. Anybody interested in the longer history of ISTICO, please look at my book chapter on this topic, published a few years ago (6).  The bottom line is: make friends, not enemies! 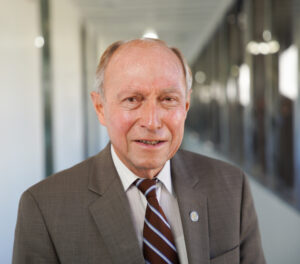