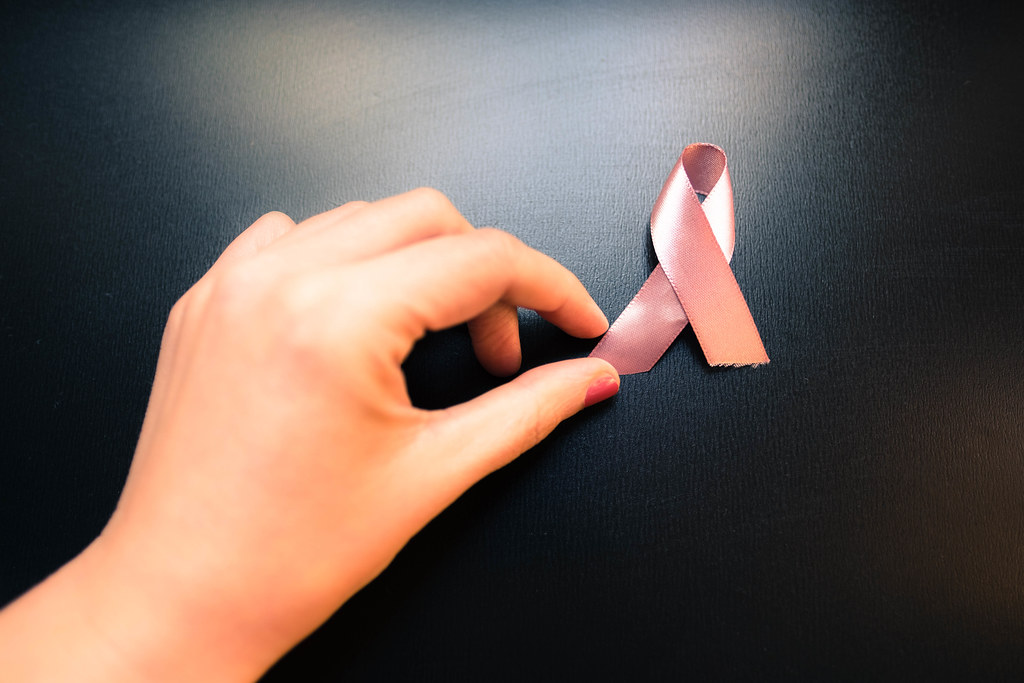 Breast cancer is the most common malignant tumor and the second leading cause of cancer-related death in women. In the United States, it is estimated about 30% of newly diagnosed cancers in women will be breast cancer, and about 1 in 8 women (13%) will develop invasive breast cancer over their lifetime (https://www.breastcancer.org/symptoms/understand_bc/statistics). It is well known that breast cancer is genetically and epigenetically not just one disease but a diverse group of diseases with diverse clinical features. Most breast cancer (about 81%) is invasive cancer, and it can be further classified into four subtypes as Liminal A, Luminal B, HER2-enriched, and Basal-like, depending on the presence of hormone receptors and human epidermal growth factor receptor 2 (HER2). Basal-like breast cancer is commonly known as triple negative breast cancer (TNBC) because the majority of cases lack expression of estrogen receptor (ER) and progesterone receptor (PR), and overexpression or amplification of HER2.

TNBC is generally larger in size, initially of higher grade, exhibits lymph node involvement at diagnosis and is biologically more aggressive than other breast cancer subtypes. TNBC accounts for roughly 15-20% of all breast cancer cases, but it represents over 50% of mortality in breast cancers. Current endocrine and hormone targeted therapies are not viable for TNBC, and the main treatment options are chemotherapy and radiation. TNBC patients tend to have higher clinical response rates to chemotherapy, but they have higher rates of distant recurrence and a worse overall prognosis than women with other breast cancer subtypes. In addition to poor prognosis and higher recurrence rate, there is lack of molecular targets, making TNBC as a long-lasting orphan disease. TNBC is associated with health disparity because it is more common in premenopausal women of African-American and Hispanic than Caucasian American women, and African-American women with TNBC have a higher incidence, disease stage, and metastasis than Caucasian American. Recently, the immunotherapy, Atezolizumab in combination with nap-paclitaxel is approved for PD-L1-positive locally advanced or metastatic TNBC. In addition, PARP inhibitors such as Olaparib or Talazoparib are currently approved for TNBC patients but only with BRCA mutations. The newly approved therapeutics result in improved and promising outcomes but unfortunately, only limited TNBC patients could have benefits from the new therapeutic regimens. Therefore, finding a new molecular target and effective treatment is the utmost importance.