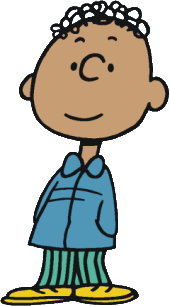 Franklin Armstrong is a character in the long-running comic strip Peanuts, created by Charles M. Schulz.

On Saturday, November 17, we at AUHS had the honor and the privilege to host Ms. Harriet Glickman as our guest speaker on a day dedicated to giving thanks for all of our blessings – including the blessings of people such as Ms. Glickman who helped bring about the way of life we now enjoy.

In 1968, at the height of the civil rights movement, Ms. Glickman inspired the Peanuts comic strip creator Charles Schulz to introduce the first African-American character, Franklin, to the Peanuts comic. She was working as a school teacher in Los Angeles at the time when she wrote a letter to Schulz, urging him to introduce a black character to the comic. Schulz agreed, and Franklin became one of the few positive representations of the African-American community in the media at the time.

Though this action was certainly a defining moment in American history and a defining moment in the life of Ms. Glickman as well, it was certainly not the sum total of all this amazing woman has contributed. It was a true pleasure to hear Ms. Glickman talk about her experience with the civil rights movement, the story of how she helped make the first African-American character in Peanuts a reality, and her contributions to fairness and equality since. Kind, loving, people such as Ms. Glickman are certainly something for us all to be thankful for this holiday season, and we at AUHS want to thank her from the bottom of our hearts for all she had done and for taking the time to speak to us. 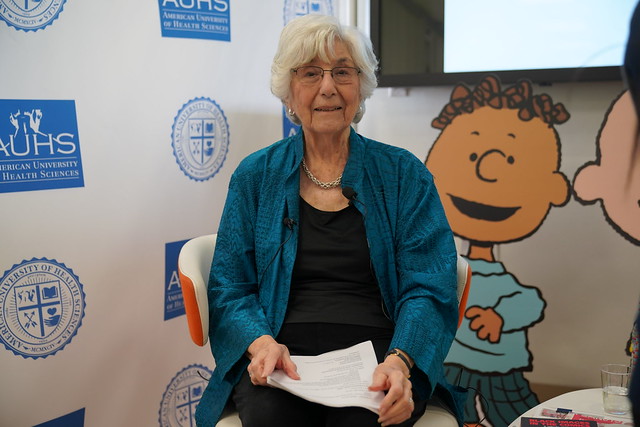 Is this your beach ball, Charlie Brown?

Click below to watch Ms. Harriet Glickman talk about the history of the Peanuts character; Franklin, including the civil rights movement and the social conditions that motivated her to do what she could to make a difference.